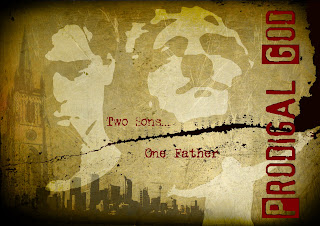 Today we kicked off our mission month under a series called ‘Prodigal God’ centred around Tim Keller’s book.

In the first century people who were nothing like Jesus would want to be about Him. They wouldn’t be put off by Him; people who were not religious didn’t get offended by what he said or did. The people who would describe themselves as not good living at all would enjoy his company. The thing that gets me and sometimes frustrates me is that all over this country people will gather just like we do in the Vineyard but with very few people who look nothing like us or believe what we believe. The local Church is to be as close to Jesus as you can get. For some reason we don't have the same effect isn't that odd?

If we embrace this question and come to it with an open mind, wrestle with it and even bring more questions to it then we begin to shape the future of the Vineyard Church. We have to come to this point and honestly ask and answer this question; are we going to give our time to reaching people or keeping people?

The people that thought they were most like him were always put off and offended?

Now the tax collectors and "sinners" were all gathering around to hear him. But the Pharisees and the teachers of the law muttered, "This man welcomes sinners and eats with them." We can almost imagine them saying: “He welcomes sinners! This kind of person never comes to our meetings. This must be because he is telling them what they want to hear.

The message of the gospel when it’s presented clear, with grace & mercy will result in broken people, sceptical people, sexually immoral people, and social outsiders, attracted to Jesus more so than the religious people. Jesus said to them, "I tell you the truth, the tax collectors and the prostitutes are entering the kingdom of God ahead of you.” (Matt 21:31)

I want to encourage you to begin to invest and invite people that you know who as yet are not followers of Christ. Jesus sees the world like this, lost people and found people, broken relationships and people back in relationship. The challenge for you and me is this, will we become externally focused or be a Church that has the older brother syndrome; it’s all about me? The challenge for me and for you is, will we focus on what Jesus was focused on, the disconnected the disenfranchised?

We have all been lost, we all have had the broken relationship and there was a party when we came home, you and I should be catalysts’ people passionately motivated, people who would go and call those not yet convinced to come.

Have you ever lost something that was huge for you and no one helped you to find it. Frustrating right? I often wonder when God looks at us, does He look and say “do you even know how frustrating this is to look for my sheep, my coin.”

I'm here to seek and save the lost and God invites you and I to join the search. Aren’t you glad someone broke the silence with you? If what Jesus said is true we need to be doing it and getting around those not yet connected. I could spend the rest of my life without impacting non believers I could make myself busy and it would be a lot easier. I think at the end God might say great Church wrong focus.

Here’s what I want you to do today… Invest; Ask God to bring someone to the front of your mind, pray for them, email them, pick up the phone, call with them and Invite them to come with you to Church this Sunday.

We have a great Church and great people, we could be so tempted to stop. Now imagine if we could look back by this Christmas and say I was part of someone being found.