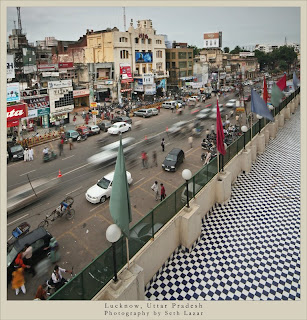 First full day in Lucknow, North India. This morning we (Brian Cummings) and I headed to one of the Good Shepherd Churches which is part of the OM organisation. We were meeting on the roof of a school.

What is it that makes the Kingdom moments? hunger? expectancy? the quest to seek His face? These I will wrestle with at least for this week until I get back home and start working on creating environments and atmosphere.

Next week we kick off a new series at VCD called 'Jesus the Revolutionary' so here's teaser for week one. "The West is not the center of Christianity. Asia, Africa and Latin America is—with Christianity exploding exponentially."

Brian prayed with a lady we prayed with in August who was deaf but now she can here but wanted prayer to be able to speak. We wait to here her testimony.
Posted by jasondscott at 16:16