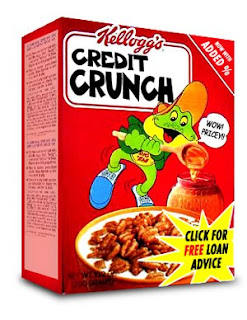 Here at VCD we are looking at issues that keep us imprisoned as people and discovering how we can breakaway. The problem we face is that culture tells us that to 'breakaway' we need to runaway. many of us do it when we want to break-free, we run away from relationships, responsibilities and every-time we do it we seem to giveaway more of our life in a bad way.
Everyday the news is talking about money, credit crunch, recession, the rescue of Fannie Mae and Freddie Mac, two weeks ago these guys could have been rappers to me, the rise of fuel, food but what caught my attention was the lady talking said what we are facing is an economic tsunami, interesting tilt.  There is just no escaping  – It effects us personally. How can we breakaway from the stress, the worry, without running into more debt? How did we get here?I’m not an economist and I’m not going to argue whether we are officially in recession or not – truth is all I need to know is the oil and grocery bill is up.  Well that isn’t totally true – the other thing I do need to know is when does it end?

Well I don’t think it does end, as such – I think it will get better, it will stabilize,  welcome to the new world economy. Just as competition within the retail sector is fierce with many, many retailers fighting for a limited resource called customers, competition on a global scale is just as fierce, with many, many countries and people fighting for resources like oil, food, grain.

So it is classic supply & demand - with China & India starting to really grow and develop, there is increasing demand for resources  - oil, food etc - hence prices grow. The sad part here is nothing has changed for the poor, they are not eating more, earning more or being educated more. It's the old story of the top, creaming the top.
Napoleon once said 'Let China sleep, for when she wakes, she will shake the world.'

I’m not an economist. I’m not here to sort out the global economy but I do have something that will help all of us breakaway from a wasteful commercialised culture and ease the credit crunch. Without over simplifying things and without sounding like an old man we need to gain perspective. Without sounding old fashioned we  don’t realise just how much things have changed over the last 20 years - when we were all kids a treat was a chocolate biscuit - now it is the norm.  A fizzy drink was a rarity.  Our parents all ran around shouting at us for leaving lights on etc - now it is the norm.  We walked places.  Digital TV, consumerism, brand culture, Internet - we've all become accustomed to a much more wasteful culture where waste and extravagance is accepted.

The credit crunch requires us as parents / adults to realign our values to salute and reward being economical and not wasteful and then to teach these values to our kids.  In doing this can we 'correct' the unhealthy swing to commercialism that has 'poisoned' us and our generation. It’s a time for renewing the mind, finding Gods good, perfect and pleasing will, this is about breaking free. I want to leave a text and some tools to help you begin a journey to financial freedom.

Money gets alot of blame for stuff it didn't do. I want to suggest that alot of our credit crunch problems are down to a dangerous thing called 'discontentment'. Discontentment is robbing our generation. The unique thing about Iiving in our western culture is that we are daily bombarded with messages that cause discontentment and cause us to be dissatisfied with our current situation. We live in a culture where you actually see the stuff you don’t have, you don’t just hear about it you see what you don’t need. Discontentment is a weird thing! You see stuff you needed but didn’t know you needed it until you saw it.

1 Tim 6 A letter written buy a guy called Paul to a young man named Timothy funny enough. The Bible isn’t complicated sometimes we just make it like that to look clever. Paul is coaching this young guy and writes to him to give him advice. This text is written to rich people, hold it before you switch off and say this doesn’t apply to me let me fill you in on what is meant by rich in that culture and time that this letter is written. If you have more than you need you are considered rich, if you’re not living hand to mouth each day. There was no benefit for people. If you’re not living hand to mouth and I mean getting food from day to day if you’re not at that point then your rich. We would all be considered rich people.

HOW TO HARNESS DISCONTENTMENT

1. Make a conscious decision to flee and pursue.

3. Intentionally make decisions to look beyond yourself

I found your blog thought provoking but have to ask what are we to flee and what are we to pursue? Do I really want to harness discontentment? Don't I want to destroy it? Paul wrote that godliness with contentment is great gain. He also wrote that he had learned to be content is whatever circumstance he found himself. This is because he could do all things thru the one empowering him (God). Discontent can be a burr under the saddle that spurs you to change (youself, your circumstances, or even the circumstances others face). But just as a horse can become callous to the burr after some time, so you can get use to the discontent - it becomes the norm. Ah but to have contentment as the norm in all things --- seems like a pipe dream doesn't it? Can we truly be contented in this world and still be heartbroken for those in need of our Father? Is that what it really is about? We are contented with what we face but are discontented, stirred, moved for those around us?

Hey thanks for the comment. Discontentment in wanting more and having more (money and stuff) only leads to a dissatisfied life. Discontentment is an emotion and many have channeled it for the greater good of the Kingdom, people like Mother Teresa, Martin Luther King, Moses, Paul.

Paul told Timothy to flee and pursue and I think one of the ways to harness and breakaway is to re-channel and refocus so that we take hold of the life that is truly life.