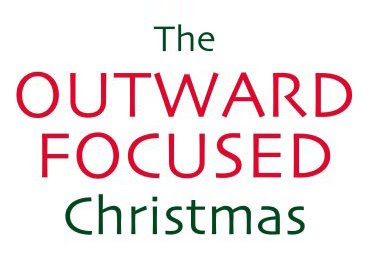 It's no secret, I love Christmas!!!

It's the highlight of the year in the Scott house, though Michelle has me warned each year not to get the boys hyped before December.

2008 years ago God did something totally opposite to what you and I would do when he looked at all the junk and relational mess, he didn't turn away, instead He leaned into it! At the very first Christmas God looked at the darkness and the lifelessness and leaned into it. He didn't respond with bolts of lighting but sent His one and only son to live among us and walk among us and at the end of His time - He made known the Father's view of us by telling us that God allowed His one and only son to die on a cross. Merry Christmas!

That's a picture of grace... and that's what we're going to look at in this first week of our Christmas series called The Outward Focused Christmas. Grace is the undeserved favour - the unearned love, the offer of a "supernatural power to be free" - from God, to you.

Think of yourselves the way Christ Jesus thought of himself. He had equal status with God but didn't think so much of himself that he had to cling to the advantages of that status no matter what. Not at all. When the time came, he set aside the privileges of deity and took on the status of a slave, became human! Having become human, he stayed human. It was an incredibly humbling process. He didn't claim special privileges. Instead, he lived a selfless, obedient life and then died a selfless, obedient death - and the worst kind of death at that - a crucifixion.
Phil 2: 5-8 (The Message)

Let's turn Christmas around this year and go serve

During our Outward Focused Christmaswe have a daily devotional of Outwardthoughts and inspiring stories of people serving. http://www.vineyarddungannon.co.uk/ofc_devotional.php
Posted by jasondscott at 15:57

awesome devotional jason...thanks for that!