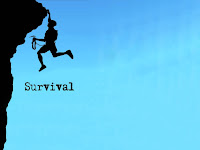 I'm just back from a family holiday from Spain and we had a great time. I had an interesting conversation with my lads one night in Spain, they (6,7 and 9 years old) talked about how fast their school year went, isn't that scary I mean I thought kids time went slow, you know a day was like a week and a month a year, remember summer holidays felt like they lasted forever.

Any wonder we live in a constant state of fatigue, we pack so much in, society tells us to do it faster, better and do more of it. Our worth is so much connected to what we do not on who we are. God has given us a sacred gift called sabbath ("the [day] of rest (or ceasing)" a gift that says we are loved for who we are not for what we produce.

Thus the heavens and the earth were completed in all their vast array. By the seventh day God had finished the work He had been doing; so on the seventh day He rested from all His work. And God blessed the seventh day and made it holy, because on it He rested from all the work of creating that He had done. Gen 2
Since the beginning God has called us to rest and in Gen 2 He leads by example. Was God tired that He had to rest? Not at all He rested because there was nothing more to be added to creation, it was good. I think God enjoyed what He had made and so gives us sabbath to enjoy and become fully alive.
Let's start an all out rebellion in a world that says get it done.
Hey a friend sent me this email enjoy:
Just for a minute, forget everything stressful and read this...............

Close your eyes and go back in time...
Before the Internet...
Before semi-automatics, joyriders and crack....
Before SEGA or Super Nintendo...
Way back........
I'm talking about Hide and Seek in the park.
The corner shop.
Hopscotch.
Butterscotch.
Skipping.
Handstands.
Football with an old can.
Fingerbob.
Beano, Dandy, Buster, Twinkle and Dennis the Menace.
Roly Poly.
Hula Hoops, jumping the stream, building dams.
The smell of the sun and fresh cut grass.
Bazooka Joe bubble gum.
An ice cream cone on a warm summer night from the van that plays a tune.
Chocolate or vanilla or strawberry or maybe Neapolitan or perhaps
screwball.

Watching Saturday morning cartoons, short commercials or the flicks.
Children's Film Foundation, The Double Deckers, Red Hand Gang, Tomorrow People, Tiswas or Swapshop?, and 'Why Don't You'? - or staying up for Doctor Who.
When around the corner seemed far away and going into town seemed like
going somewhere.

Earwigs,wasps, stinging nettles and bee stings.
Sticky fingers.
Playing Marbles. Ball bearings. Big 'uns and Little 'uns.
Cops and Robbers, Cowboys and Indians, and Zorro.
Climbing trees.
Making igloos out of snow banks.
Walking to school, no matter what the weather.
Running till you were out of breath, laughing so hard that your stomach hurt.
Jumping on the bed. Pillow fights.
Spinning around on roundabouts, getting dizzy and falling down was cause for giggles.

Being tired from playing....remember that?
The worst embarrassment was being picked last for a team.
Water balloons were the ultimate weapon.
Football cards in the spokes transformed any bike into a motorcycle.
Choppers and Grifters.
Eating raw jelly. Orange squash ice pops. Vimto and Jubbly lollies

There were two types of trainers - girls and boys, and Dunlop Green Flash
The only time you wore them at School was for P.E.
And they were called gym shoes or if you are older - plimsoles

You knew everyone in your street - and so did your parents.

It wasn't odd to have two or three 'best' friends.

You didn't sleep a wink on Christmas Eve.
When nobody owned a pure-bred dog.
When 25p was decent pocket money
Curly Whirlys. Space Dust. Toffo's.
Top Trumps.
When you'd reach into a muddy gutter for a penny.
When nearly everyone's mum was at home when the kids got there.
When any parent could discipline any kid, or feed them or use them to
carry groceries and nobody, not even the kid, thought a thing of it.
When being sent to the head's office was nothing compared to the fate that awaited a misbehaving pupil at home.
Basically, we were in fear for our lives but it wasn't because of drive-by shootings, drugs, gangs etc.
Parents and grandparents were a much bigger threat and some of us are
still afraid of them.

Just to go back and say, Yeah, I remember that!

Decisions were made by going "Ip, Dip, Dog Sh t"
"Race issue" meant arguing about who ran the fastest.
Money issues were handled by whoever was the banker in Monopoly
The worst thing you could catch from the opposite sex was germs.
And the worst thing in your day was having to sit next to one.
It was unbelievable that 'British Bulldog 123' wasn't an Olympic event.
Having a weapon in school, meant being caught with a catapult.
Nobody was prettier than Mum.
Scrapes and bruises were kissed and made better.
Taking drugs meant orange-flavoured chewable aspirin.
Ice cream was considered a basic food group.
Getting a foot of snow was a dream come true.
Older siblings were the worst tormentors, but also the fiercest protectors.
If you can remember most or all of these, then you have LIVED.

Each and every week I attend on a Sunday you somehow seem to touch on something very relevant in my life, none moreso than this. As someone who is currently experiencing a very apparent reawakening of spirituality, and an unfortunate lack of sleep, I am finding an unfamiliar contentment with what I find at the Vineyard, and hope this will grow.