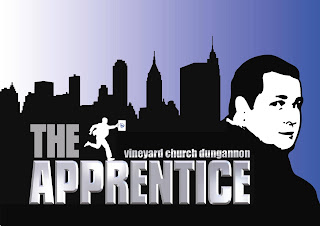 We reserve the word “disciple” for people, who are really, really serious about their faith, saints, people who are really holy, however we scale that. Here’s the crazy part, somewhere along the way we have come up with the idea that you can be a Christian in the Church but not a disciple. You graduate to become a disciple I guess through knowing more of the Bible? Going to Church? Tithing?

When Jesus walked on a beach one day beside the Sea of Galilee he begins to call the first two disciples, and because these guys were working in the family business meant they weren’t following another Rabbi, these guys are not the best of the best. The beauty of what Jesus calls us to is not made up of scholars alone, but of working class, young, old, rich, poor, educated and so called drop outs. What I truley love about being a disciple is that it is a movement for everyone.

Take a good look, friends, at who you were when you got called into this life. I don't see many of "the brightest and the best" among you, not many influential, not many from high-society families. Isn't it obvious that God deliberately chose men and women that the culture overlooks and exploits and abuses, chose these "nobodies" to expose the hollow pretensions of the "somebodies"?
- 1 Cor 1:26 – 30 The Message;

We have no problem believing in God, no problem believing in Jesus? The stumbling block for many followers of Jesus and I guess the reason why we have added the label Christian to followers of Jesus is because we struggle with the idea that God believes in us. His call to become a follower, a disciple an apprentice means because of His authority you and I can take action, bring beauty to brokenness, and become peddlers of hope. You and I can live like Jesus and do what he did; the bible says yes even greater things. He believes in you and entrusts you with the pear of great price; The Kingdom


The question that remains is, ‘Will we accept His call and commission?’
Jesus came and told his disciples, "I have been given complete authority in heaven and on earth. Therefore, go and make disciples of all the nations.
Posted by jasondscott at 12:01

now when you say that you don't see many of the brightest of the best...you're not specifically talking about me, right?

I figured out the other day that I have a laptop cam with a mic...all the makings of a skype call. I tried to download the software for skype and couldn't get it to work...

Maybe I'm not the brightest?

You are very clever Mr Murphy. Hope life is good with friend