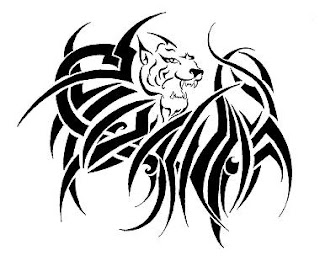 Hey Wanderer thanks for the question.

What does that look like in Dungannon 07? I see a tribe that will surrender to the Kingdom of God, who follow the Kings heart and so the question is more, “where is the heart of the King”? With the broken, the lost (those who have a broken relationship with the Father God). It looks like people hearing the inaudible and having the courage to obey, people praying for the sick in the work place, on the streets, people revealing what the Father wants to say to others whether that’s at Church or the supermarket.

It’s a tribe that will pull down anything that stands between God and man, a people that are willing to offend the religious to extend love to the lost, least and the lowest. It’s a movement of people called personally to God but moving to a common central purpose that will mean giving (money, time, energy and dreams), sharing and loving.

This is not an event this is the path God has called us to journey, so that His Kingdom love would not be locked in a fortress called Church but extended as we go behind enemy lines with weapons of faith, hope and love

Jn 5: 16 - 25
16 So, because Jesus was doing these things on the Sabbath, the Jews persecuted him. 17 Jesus said to them, "My Father is always at his work to this very day, and I, too, am working." 18 For this reason the Jews tried all the harder to kill him; not only was he breaking the Sabbath, but he was even calling God his own Father, making himself equal with God. 19 Jesus gave them this answer: "I tell you the truth, the Son can do nothing by himself; he can do only what he sees his Father doing, because whatever the Father does the Son also does. 20 For the Father loves the Son and shows him all he does. Yes, to your amazement he will show him even greater things than these. 21 For just as the Father raises the dead and gives them life, even so the Son gives life to whom he is pleased to give it. 22 Moreover, the Father judges no-one, but has entrusted all judgment to the Son, 23 that all may honour the Son just as they honour the Father. He who does not honour the Son does not honour the Father, who sent him. 24 "I tell you the truth, whoever hears my word and believes him who sent me has eternal life and will not be condemned; he has crossed over from death to life. 25 I tell you the truth, a time is coming and has now come when the dead will hear the voice of the Son of God and those who hear will live.
Posted by jasondscott at 09:22

good question and a great answer - you two are a great team...

It's only a great answer if it's out into practice ... if we don't do that, then it's just another chapter in a very lenghty book on "What Christians think Christians/Christ followers should do ... but usually don't cos it's too much hassle!" ... Do a pulse check in a year, then we'll know if it's a great answer! :o)

I must digg your article therefore more folks are able to look at it, very helpful, I had a tough time finding the results searching on the web, thanks.