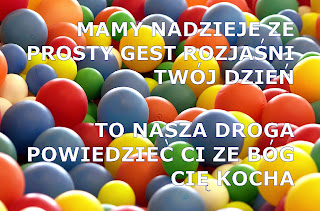 Last week we took a team from the Vineyard to Poland, we stayed in Oswiecim where the Auschwitz Nazi concentration camps are and during our stay there the team took a tour through the camps, it's frightening how dark the human heart had become.

Let me try and frame our time there a little; the Fall begins with the serpent tempting the woman with a piece of fruit that looked sexy on the outside but diseased on the inside.

'When the woman saw that the fruit of the tree was good for food and pleasing to the eye, and also desirable for gaining wisdom, she took some and ate it. She also gave some to her husband, who was with her, and he ate it.Then the eyes of both of them were opened,'Eyes open.

We had our eyes opened this week, we saw the brokenness and how man can bring so much pain and brutality on humanity as we walked through the concentration camps. We saw people on the streets afraid and suspicious of what we had to say and we saw people that had lost the ability to dream.

'Then the man and his wife heard the sound of the LORD God as he was walking in the garden in the cool of the day, and they hid from the LORD God among the trees of the garden. But the LORD God called to the man, "Where are you?"'

We also saw God among the people calling them with His love and grace, we saw people healed, we saw people smile from the inside out after we prayed with them, we saw an old man cry as we showed him Jesus and we saw kids, sing, dance and laugh. We got to met some passionate followers of Christ and worship with them, man how they love to worship.

I thank God for walking in the cool of the day and calling to us and not only that but for graciously covering our nakedness and shame, then wanting to put us on display.
'I delight greatly in the LORD; my soul rejoices in my God. For he has clothed me with garments of salvation and arrayed me in a robe of righteousness, as a bridegroom adorns his head like a priest, and as a bride adorns herself with her jewels.
For as the soil makes the young plant come up and a garden causes seeds to grow, so the Sovereign LORD will make righteousness and praise spring up before all nations.' (Isa 61: 10 - 11)

I'm excited at the thought that God wants to put us on display not that we have it together but that He has covered all our shame and mess with His salvation and then we get to see God stuff happen not only here in Dungannon but all over the world; sounds BIG but we do serve a BIG GOD!

If you want to get on board with the mission and message of Jesus check out this Crash vid on You Tube.
http://www.youtube.com/watch?v=68DKe-2hsQc
Posted by jasondscott at 13:56